The Clockwork Dynasty by Daniel H. Wilson
My rating: 4 of 5 stars

Perhaps even humans serve their own Words, too…


“The age of a thing is in the feel of it. Secrets are locked in the fingerprints of cracked porcelain and the bloom of rust on metal. You’ve just got to pick up a dusty artifact in both hands and squeeze your eyelids shut. With a little thought, the mind-reeling eons of time will stretch out before you like a star-filled sky.” 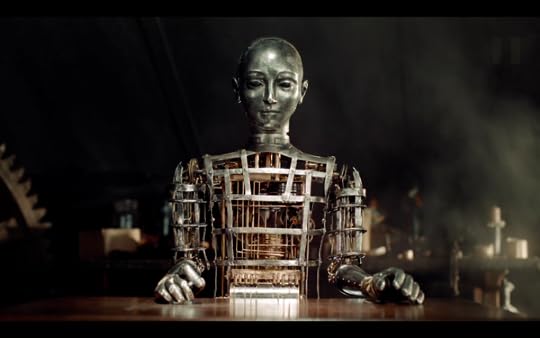 We start out with June, a young woman who is really into the history of old artifacts and ancient-looking machines. When she was a child, her grandfather gave her a necklace, a relic. But, like most stories with these kinds of special objects, the relic brings June trouble from the start, as she meets our second protagonist and POV, Peter, the avtomat who has lived for centuries, and whose job it is to protect that relic.


“Only now do I consider the insane idea tickling the back of my mind. This tall, perfectly symmetrical man is made of clockwork, his body laced with metal and plastic – all of it sculpted into a human form.”

And that is where the two storylines begin to cross as Peter and June get to know each other. We get into Peter’s backstory as well, and I must admit, I found it fascinating, if only a little too long. We learn that Peter is not just hundreds of years old, but also a warrior who has been searching for his purpose his entire life. The problem is that the avtomat in this world often have lived past lives that they cannot remember. But Peter begins to remember more from the past that shapes how he and June deal with his past mistakes and enemies.


“I remember a grassy clearing atop a broad plateau at dusk. A little girl lighting a candle placed within a paper sky lantern, her smile lit from below. As the first stars hardened in the sky, my sister and I added our own constellations to the cosmos…”

We see Peter and June’s main adversary in Leizu, an avtomat who spends the entirety of the book chasing after him for the relic that belongs to Peter.


“In all of this great existence, across the rise and fall of civilizations…. there is only one whom she fears,” says Batuo. “The one you keep over your heart.”

As Peter and June continue to elude the “Mother of Silkworms,” as she is called, we start to see how past and present connect, such as Peter meeting his sister Elena after many years of separation.


“Leizu isn’t like me or Peter or even Talus. The Mother of Worms isn’t good or evil or anything so simple as that. Her anima is a force of nature, like a tidal wave or a flood. She carries a Word of chaos, dusk, autumnal decay. Per ignum, renatus mundi est. Through fire, the world is reborn….” 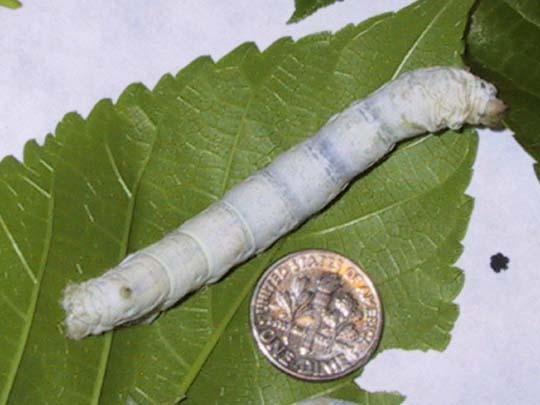 Apparently, this is a silkworm…. who knew?

Even if the present and the past didn’t match up perfectly in this book (the events are out of order in which chapters they are described, often with the present Peter describing past events before we see them in full) it was still nice to see how they were built upon each other. This kind of tactic can come off as gimmicky but, in similar fashion to The Book Thief, this served to fill the reader with a sense of anticipation for events to come.

I really liked that eventually it was explained why Leizu was after Peter. Her word is Darkness, his is Light. She actually has a legitimate reason for hunting them down, rather than falling into the “she’s after the hero because she’s evil” cliche. 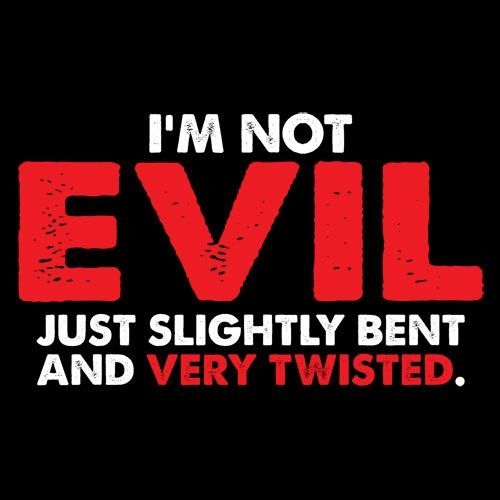 And I want to take a second to talk about Peter. It took me a little while to get used to the fact that he shared a first-person POV with June, so it took patience for it to click that they were two completely different characters (and genders, for that matter). This only detracted from the story a little bit, and I actually grew to really enjoy Peter’s perspective, even if it was a little slow in the beginning.


“For two hundred years, I have faithfully served. I am an instrument of truth, and I exist to create justice from injustice. I have done so through the first war between all men, and now I continue, deep into this second world war.

And all the while, it feels as though my true purpose has been hidden just beyond the next blasted crater, around the corner of another shattered building. Fighting through the agony of failing to fulfill my Word, I push onward like a broken machine, repeating the same motions of battle around the world, in the name of generals and kings and presidents.”

The quest to find oneself is nothing new, yet here it feels fresh and novel, since we are not seeing it through the eyes of a living human. The humanlike faces are a mere facade, and it adds a rich history to a character who, at first glance, you’d think we’d know. Peter’s quest for purpose also intertwines with caring for his little sister Elena. We see their relationship build, fall apart, and repair itself, as Peter learns to forge his own identity and serve himself, rather than living for others and not himself.

I also need to talk about June for a second, since her POV drives the story as well. Despite that being the case, the main nitpick I have regarding her was that she did not seem to have many goals or ambitions of her own beyond helping Peter. Because of this, Peter really serves as the main protagonist more than she does, even if without her he definitely would not have been able to save himself and the other avtomat from Leizu’s wrath. She seemed more of a flat character in this regard, and while I understand that Peter’s arc was really the driving force of the story, I feel like there could have been more done to make June a little more rounded. It’s not that she wasn’t likable, just that she depended on the story to drive her actions rather than really making her own choices.


“Now, I understand – this device is designed to write a message. The scraped spot must be an attachment point for a writing instrument. Through my thin gloves, I can feel a ridge that could have once fastened to a quill pen. All the brass hardware, still untarnished, has a purpose. At its heart, this automaton is a piece of equipment designed to share a message in a deceivingly simple way – by literally writing it.”

Beyond this little scene working on the doll in the beginning, we know very little about her – her ideas, her motives, her ambitions. It made it difficult to empathize with her, unless she was in danger or experiencing something outlandish.

All that said, all in all, I did really enjoy this story and I would recommend it. It’s a nice story of adventure and the world building is incredibly well done. I would consider reading more from this author in the future.

View all my reviews